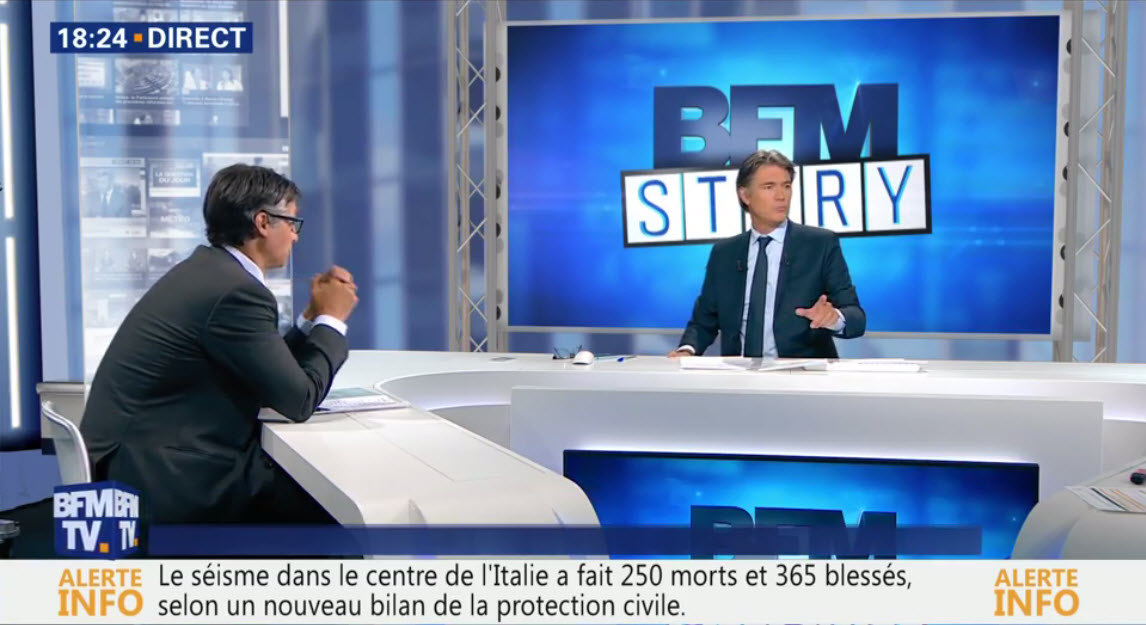 A strong earthquake of magnitude 6.2 rocked the center of the Italian peninsula on Wednesday around 3:30 am local time of the morning. The earthquake occurred at the border between several regions; the Marches, Abruzzo, Lazio and Umbria. The provisional record is heavy, with at least 250 people killed and 365 injured. In the districts most affected, whole districts were destroyed. In a chaotic atmosphere, relief workers organize themselves day and night, relentlessly, to look for possible survivors. With a heavy balance, and consequent destruction, the quality of constructions and the respect of anti-seismic standards are again questioned. How to rebuild these devastated areas?

- BFM Story, Thursday the 25th of August 2016, presented by Alain Marschall, on BFMTV.